One of the most topical questions when considering a custom remodel of a kitchen, bathroom, library or living room is:

”Which species of wood is best for my remodeling or custom furniture building needs?”

The following are just some of the wide variety of wood species used by Grand Woodworking in our remodeling projects. Please contact us to discuss which wood species is best for your remodeling, custom cabinetry or custom furniture application.

Maple – Maple trees are mostly native to Asia, but as there are approximately 128 species of Maple worldwide, there are varieties that thrive in North America, Europe and 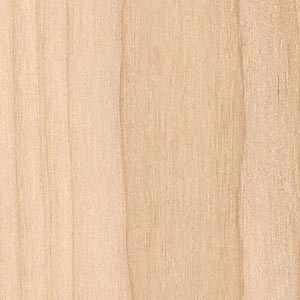 even Africa. Maple wood is generally found in pale color tones with a more subtle grain than other hard woods. Maple is an extremely durable wood and is considered to be one of the most popular and widely used woods in remodeling today. Typical applications can include paneling, as well as cabinets and wall paneling. Sugar Maple wood which is also known as ‘Hard Maple’ is chosen for it’s ability to withstand a beating. That’s why applications such as bowling allies and butcher’s blocks are often executed in Hard Maple. Maple also carries sound very well and is used in the manufacture of musical instruments including guitars and violins. In remodeling, furniture and cabinetry applications, there are several distinct grain patterns that can be chosen to enhance the artistry of the piece. While Maple is usually somewhat straight grained, there are also variations of grain including curly or blistered Maple and even a grain variety named ‘bird’s eye’.

Cherry – As anyone who has studied American history (George Washington specifically) knows, Cherry is a fruit tree with varieties including the American Black Cherry which thrives in the Northeastern United States. Although a thoroughly modern material and 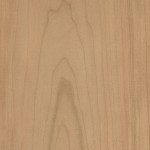 widely in use for remodeling applications today, Cherry wood was crafted into furniture and decorative items since 400 BC when first used by the Greek and Roman craftsmen. The heartwood of Cherry is valued for it’s rich red hues and straight grains. Typical applications in remodeling include fine furniture, decorative millwork and heirloom cabinetry. Cherry wood also takes finish very well and is easy to work with.

Black Walnut – Black Walnut trees are another variety which has a long history of human consumption and use. As long ago as 2000 BC archeological evidence suggests 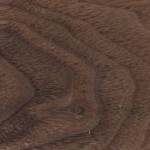 that North Americans were consuming walnuts for food and using the tree sap for food preparation as well. Walnut wood is harvested from trees that grow to around 150 feet with mostly straight trunks. The wood itself has a figured grain, and the heartwood displays a color range from brownish tones to a dark chocolate color. Walnut also shrinks and swells less than any other wood, plus it works well with steam to produce interesting curved pieces. Today Walnut is commonly used in remodeling for cabinetry and fine furniture.

Mahogany – Mahogany is a wood which is highly resistant to rot and highly stable. Historically this made mahogany the wood of choice for shipbuilding. The wood itself is

very dense and with its straight grain is very resistant to bending or warping. Mahogany is a tropical hardwood that has been used since pre-history for a variety of decorative uses. Mahogany commonly occurs in a reddish brown color tone and is highly durable. As some wood species of Mahogany have been linked to deforestation in Cuba, Honduras and Brazil the wood has become much rarer in current times. Additionally, one should ensure that the Mahogany supplied is sustainable and comes from a reputable harvester. Due to the increased scrutiny on this wood species, Mahogany is a more exclusive and hence expensive remodeling option. Typical uses include the creation of fine furniture and heirloom cabinetry.

Oak – Oak wood is of course harvested from Oak trees. However there are over 600 separate species of Oak and not every type is ideal for remodeling or furniture building 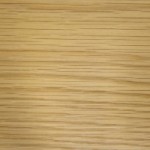 purposes. Oak is a hardwood which is strong yet also easy to work with. Oak has been popular with artisans since the 1500′s. Early applications included shipbuilding and most particularly barrel making. Even in modern times, oak species are made into barrels for aging fine alcohols for drinking including Scotch whiskey and bourbon whiskey. Due to its high tannin content, Oak wood is very resistant to fungus and insects. Oak has been used for timber framed structures, fine furniture building, veneers and durable flooring.

Sapele – Native to Africa and growing throughout large sections of that continent, Sapele trees grow to large widths with a straight trunk of up to 80 feet. This makes for

exceptionally long straight and stable pieces of usable lumber. Sapele is a member of the mahogany family and is sometimes referred to as ‘African mahogany’. It should be noted however that Sapele is twice as hard as domestic mahogany and nearly completely impervious to rot. This has made Sapele a preferred material for outdoor applications such as windows and doors. The rich deep reddish tones of this wood coupled with the durability make it ideal for a number of remodeling applications.